Today marks the end of the first week of a new school, and pre-school, for my two! My little man had been at a Pre-School on the other side of town, along with my little miss, for some time but with a 40 minute walk each way and little miss starting school I decided to take the plunge and move him. After all my concerns that he wouldn't like the change of setting, routine and friends, he's actually settled in really quickly and seems even happier than at his previous setting! He loves his new Pre-School and is completely awed by his book bag and home diary that he brings with him each day; something he didn't have before.


My little miss found it strange him being at Pre-School on his own. While little man wasn't too bothered, she seemed worried for him and kept asking when we could collect him, saying that she "didn't want him to be on his own." After we picked him up that first day and she saw he was happily playing with his new friends, she seems to be okay. Being so close in age, they've been at Pre-School together for almost two years so it must be strange for the both of them seeing each other go off on their own.


Little Miss started School this week too! Eek! She's been attending for just two hours each afternoon and will be starting full-time next week; something she's really looking forward to! She seems to be having a fun time and is starting to make friends. I'm told she plays happily while she's there and she's happy for me to leave each day. The change of scenery and lack of friends from Pre-School has caused a couple of issues and we've had a few tears when we get home - but overall she's settling in quite well and has discovered one of her Pre-School friends is in her class, which is great. She's already known as 'the chatty one' by her teacher...

She looks all of her 4, almost 5 years, in her School uniform and it's been hitting me this week just how grown up my two are getting. I'm finding it kind of scary, and a bit sad, to be moving into the next phase of their childhood - they're not my little babies anymore!! It's quite exciting though and we've all been having fun doing little bits of homework together (creating a box of "things that are special to me" and an "all about me" booklet). Roll on the school years :)
Posted by Unknown at 10:33 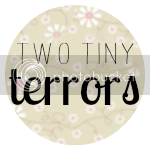 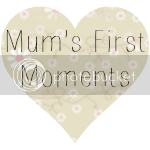