I've been doing quite a bit of decorating recently so was delighted when British Gas kindly offered me two complimentary tickets to attend Grand Designs Live 2014 at ExCeL London (May 3rd-11th). I jumped at the opportunity and was very excited when my tickets arrived the following morning, as was my Mum, who I invited to join me for the day. 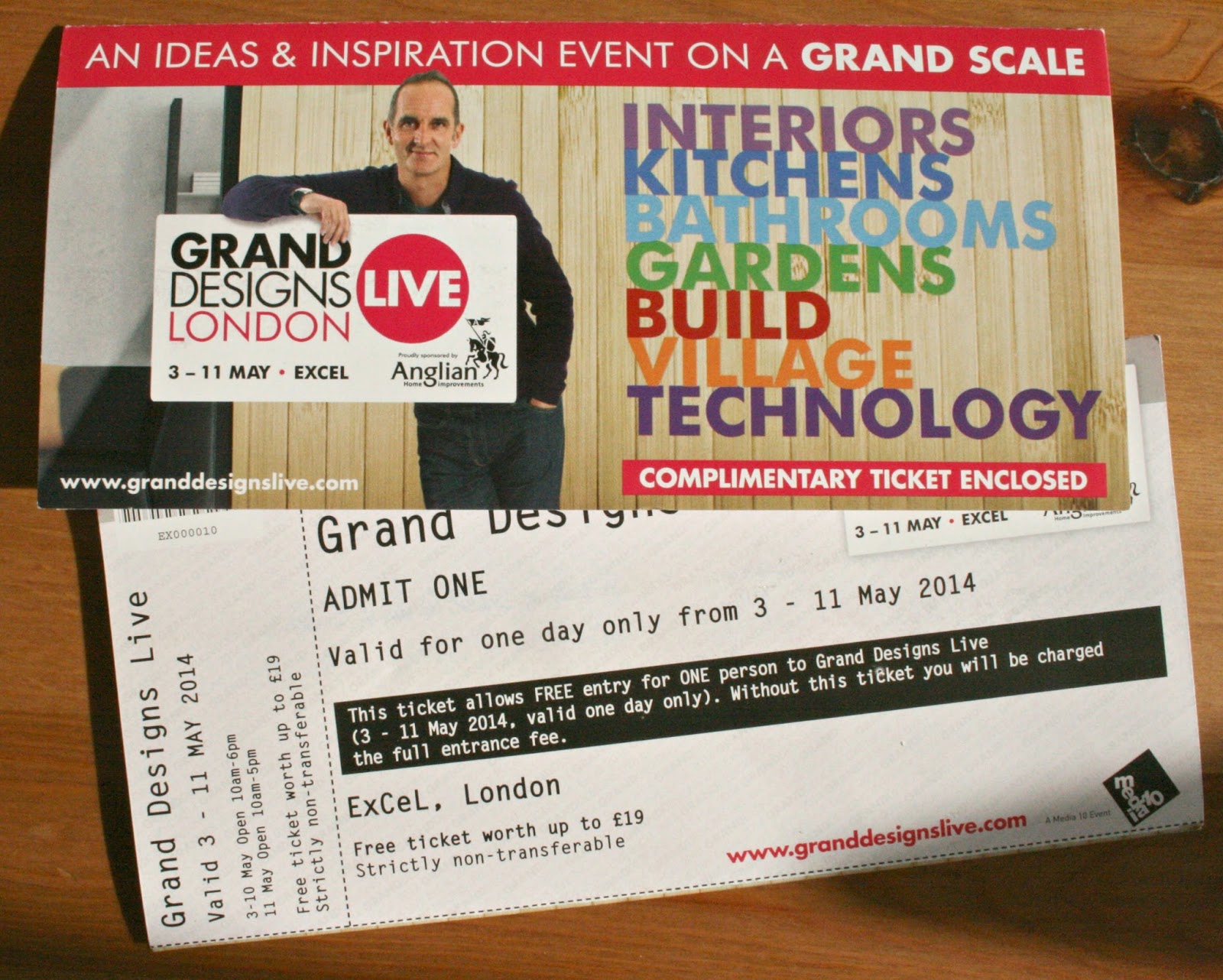 After dropping the kids off at Pre-School we made our way to the train station where we travelled down to London, took two tubes and a quick trip on the DLR (after we were got on the wrong train and had made our way back) until we reached our destination, EcCeL London!

As we entered the ExCeL I was struck by just how many places there were to sit and have something to eat. So many events like this have nowhere to stop so it was much appreciated that we could pop out at any time to have a rest and a sweet treat.

We handed our tickets over and made our way into the show where we found ourselves in a large room with the different areas of the show through different archways. We started in the home and interiors section where we found a wide selection of retailers and several concept structures to view and explore. 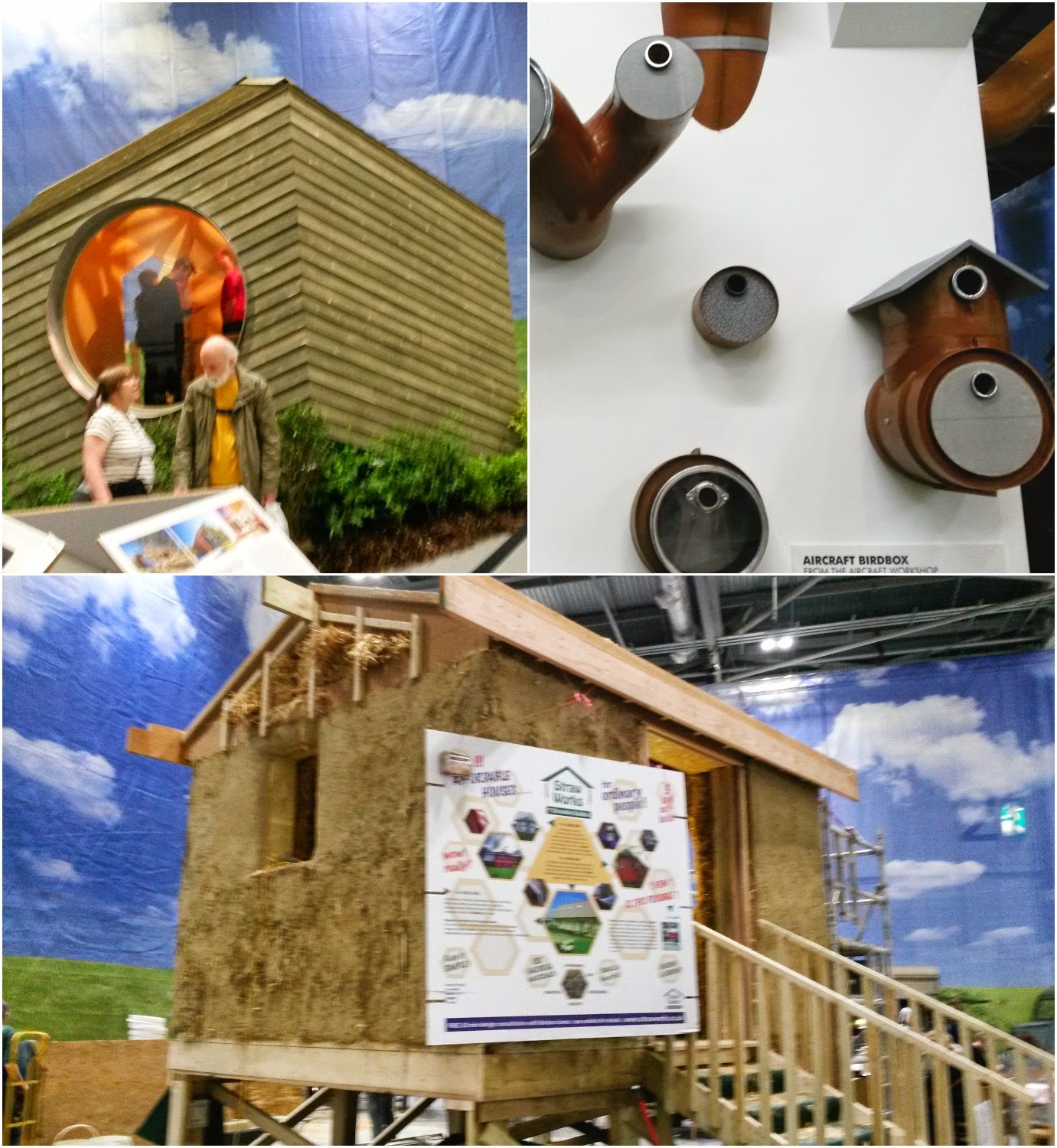 After checking out the gadgets in the 'Tech Box' and having a look around the technology zone, where we found all of the latest 'must have' gadgets, we made our way through the build area. There were lots of ideas for those looking to build their own home or improve the one they currently live in and an area where you could ask an expert about all aspects of building your own home which offered free 30 minute consultations and struck me as a great idea.

We found various talks taking place around the event, including live debates and product demonstrations. We sat and listened to talk by Smith and Sinclair Cocktail Confectionery. They offered sample products (including non-alcoholic sweets for children and non-drinkers) and spoke about their brand and how they make their confectionery..unfortunately there was no demonstration of this which would have been interesting. 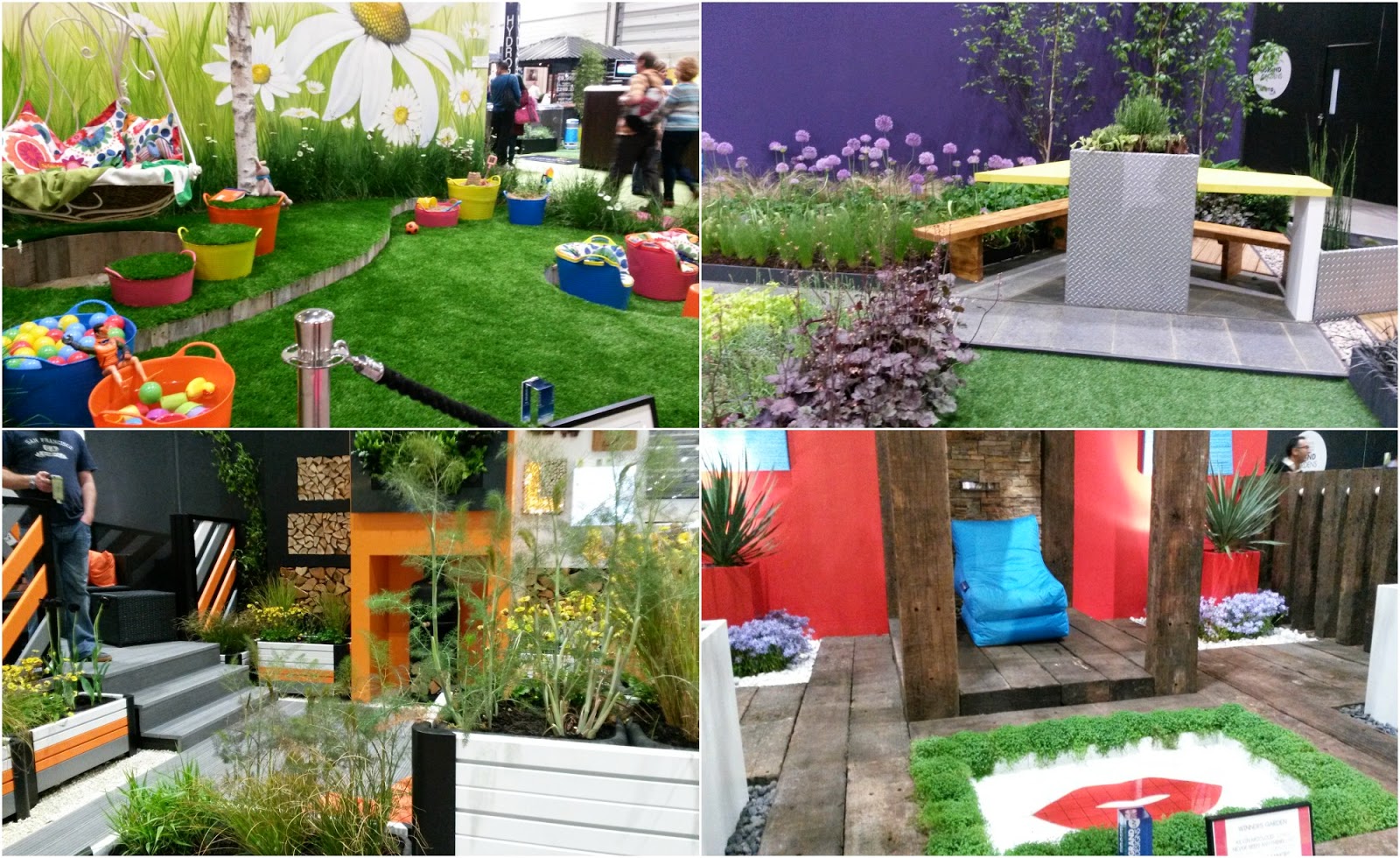 One of my favourite zones was the garden section. There were lots of great garden ideas, including building your own mini tavern, and the four finalists entries into the Grand Designs Live Garden Designer of the Year competition! My personal favourite was the garden named 'Family' by Georgia Lindsay; it was laid-back and cosy whilst also being fun and flexible..just as a family garden should be! I found some inspiration for my own garden and lots of stalls selling everything from swimming pools to garden ornaments.

In the food and kitchen area there were plenty of brilliant kitchen products and ideas to be found along with lots of delicious foods. Many of the sellers had samples of their food and drink to taste and we enjoyed various cheeses, chocolate, drinks and sauces. They were all so tasty and we found ourselves tempted into purchasing a couple of items to take home and enjoy. There were also several stalls selling takeaway meals such as burgers and chips. 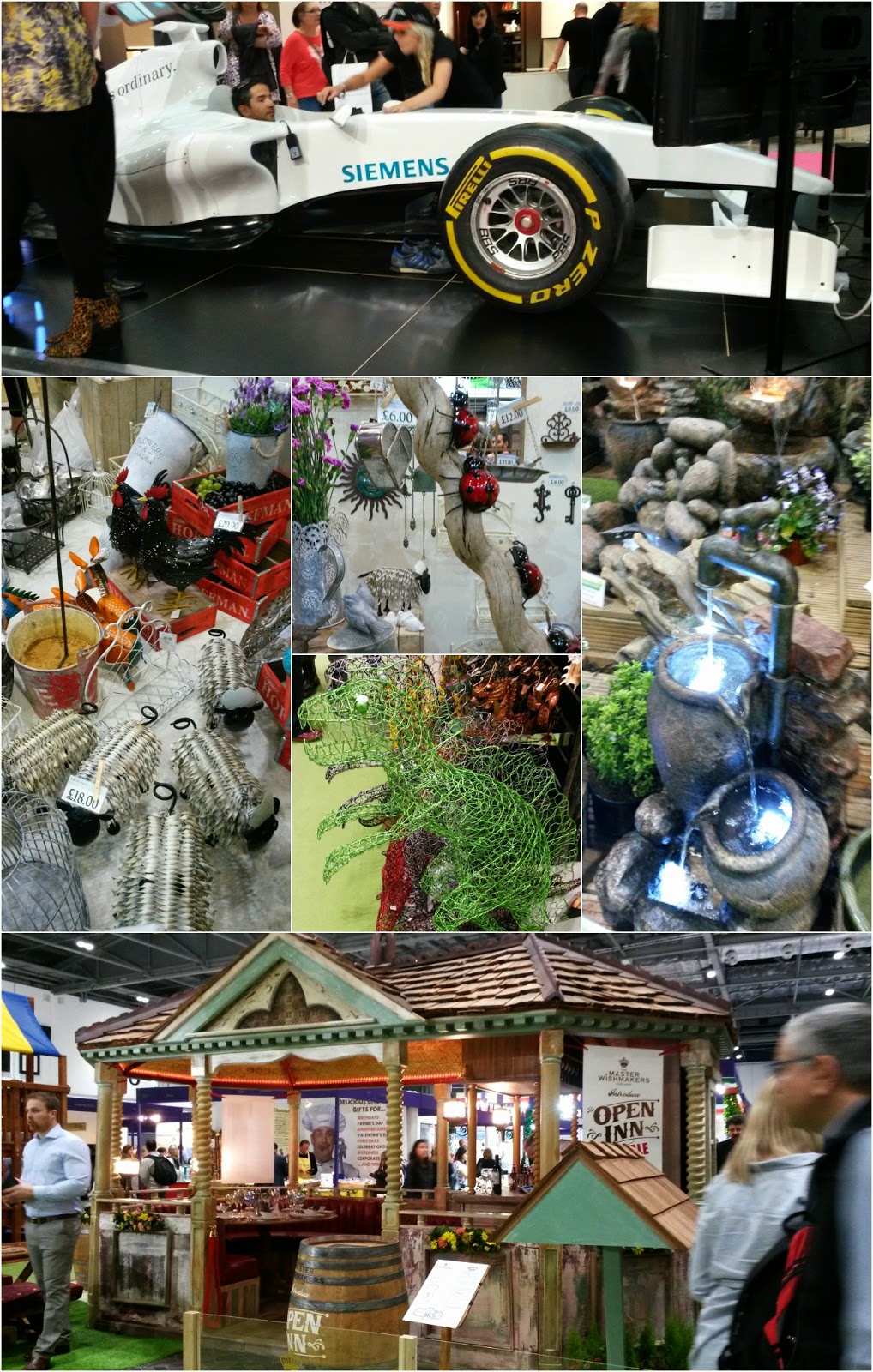 It took us around 3 hours to make our way around the entire event and look at all the things the show had to offer. It wasn't quite as big as similar events, such as the Ideal Home Show, but it had a reasonable amount on show and plenty of stalls to look around. I think I would have liked to have seen a little more interior design inspiration and room design ideas and a few less furniture stalls but there were a few ideas around. I had a good time and enjoyed visiting the show; there was plenty to see, a good amount of home and garden ideas, products and inspiration and the ExCeL was a good venue with plenty of facilities to host the event.

My Mum's Thoughts on Grand Designs Live 2014:
The venue was really good; there were plenty of places to sit and have something to eat and it was easy to get in and out of the event to do so. Similar events I've attended have nowhere to stop and sit down for a while so this was a big positive. There were also plenty of toilets, another positive for the venue!
The venue was quite difficult to get to if you weren't local or from that side of London, although you could get there through via various trains it was quite a long journey with lots of train changes.
The event itself was well laid out and, although it was busy, it wasn't jam-packed so you could move around and see things easily.
Although there was a lot there I thought there would be more about extending, renovating and self-builds and slightly less household item stalls. I didn't feel inspired to extend my own property as I thought I would but did find some good things around the show.


Disclaimer : I was sent two complimentary tickets for Grand Designs Live from British Gas. All thoughts, words and opinions are my own.
Posted by Unknown at 11:35