Toogiez, Friends That Stick Together

Have you heard of Toogiez yet? Toogiez are the brain child of Noa S and Noa C, two Mum's and long-term friends that set out together to create a range of plushie toys that their children could take with them to playdates, Pre-School and beyond. They wanted to create something that would give them peace of mind wherever they went and a small peace of home.

Toogiez are lovable, playable and wearable plushies that attach to the Toogiez t-shirts using Velcro. They have been designed for children between the ages of 2 and 8 and there is a wide range of toys to choose from (15 in total) that vary from Superheroes to Pirates and Popstars to Dinosaurs; meaning there's something for every little adventurer out there to connect to and take along on their travels. 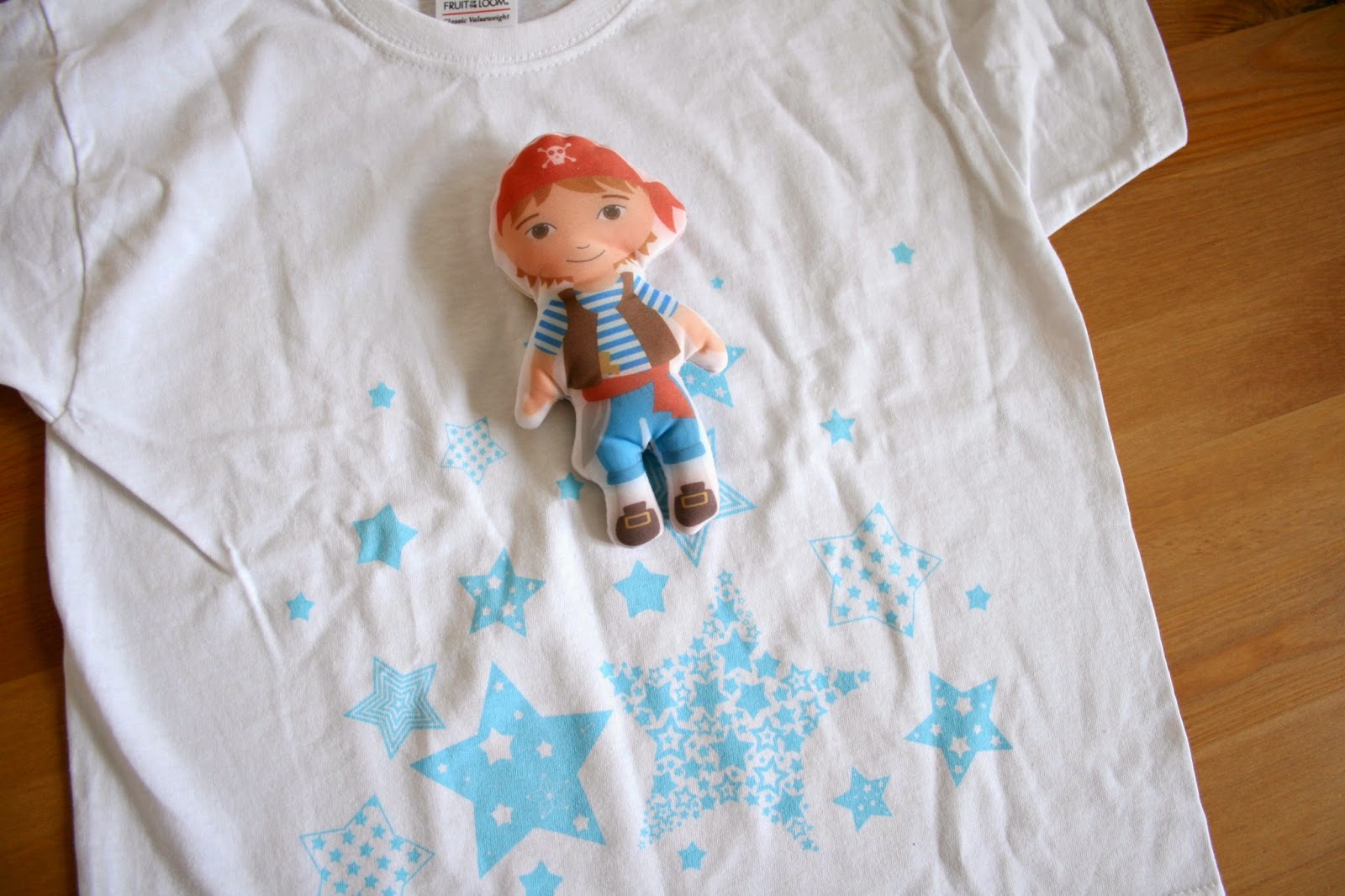 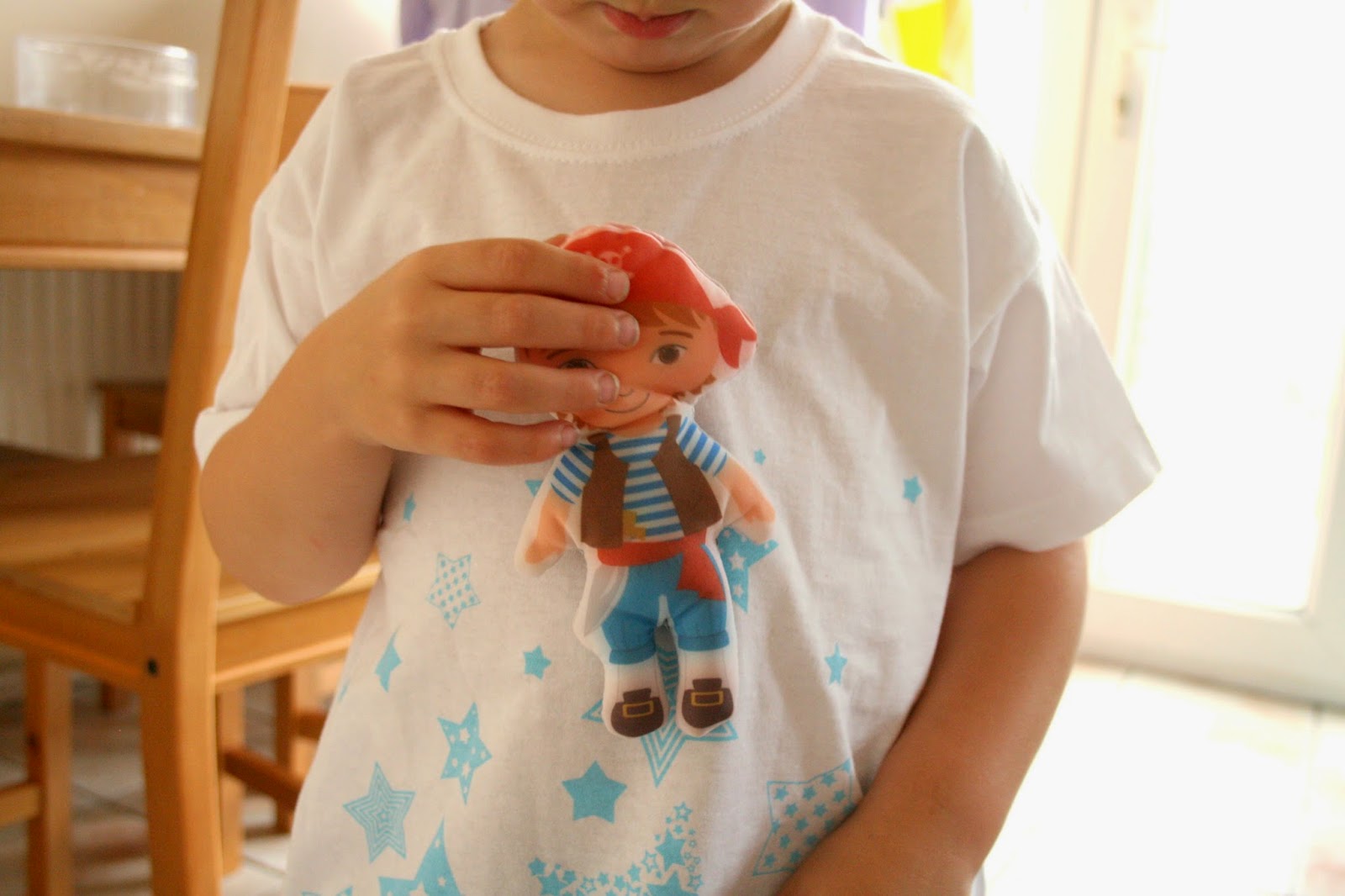 We were kindly sent a prototype T-shirt with one of the Toogiez gang to attach to it. On unwrapping my youngest was very pleased to see he'd received a Pirate and took to the little toy instantly. After putting on the T-shirt his little face lit up when we showed him that his new Pirate friend could be attached onto one of the stars and he spent quite a lot of time sticking and unsticking the affectionately named Derek with a huge smile on his face.

Toogiez are attached using Velcro, one on the back of the plushie toy's head and the other on the chest of the T-shirt. The Velcro pad, shaped like a star so it looks like a part of the t-shirt design when one of the Toogiez gang is too busy being played with, kept his Pirate secured firmly. It made it easy for his little hands to stick on and remove his plushie as and when he wanted to. 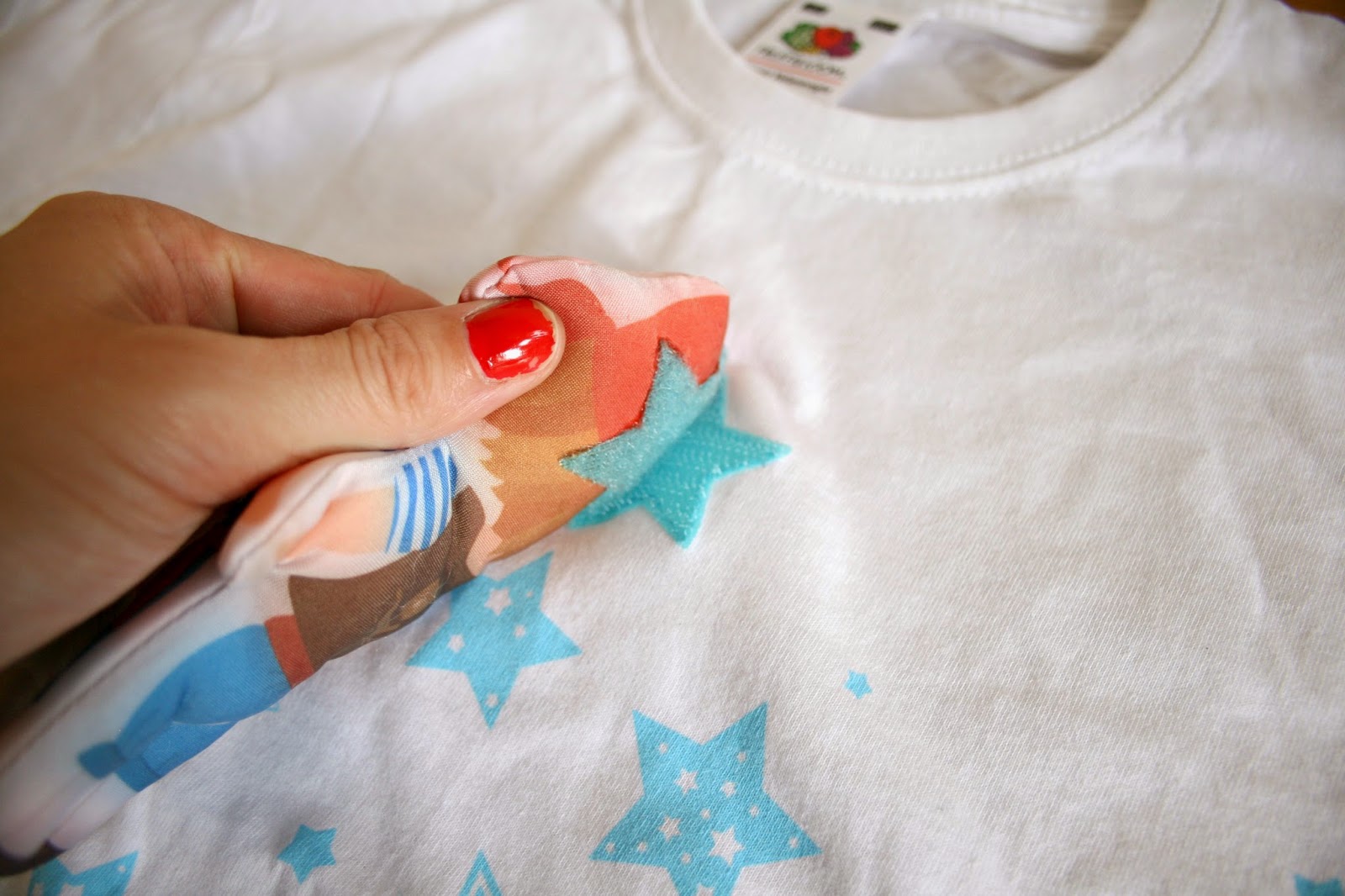 The T-shirt is of good quality, true to size and from long-term trusted brand 'Fruits of the Loom.' It's 100% cotton and feels soft against the skin. The design we were sent is a prototype so the final product may differ slightly but, with two Mum's on board that know children and their clothing, you know they will be quality products with lovable designs 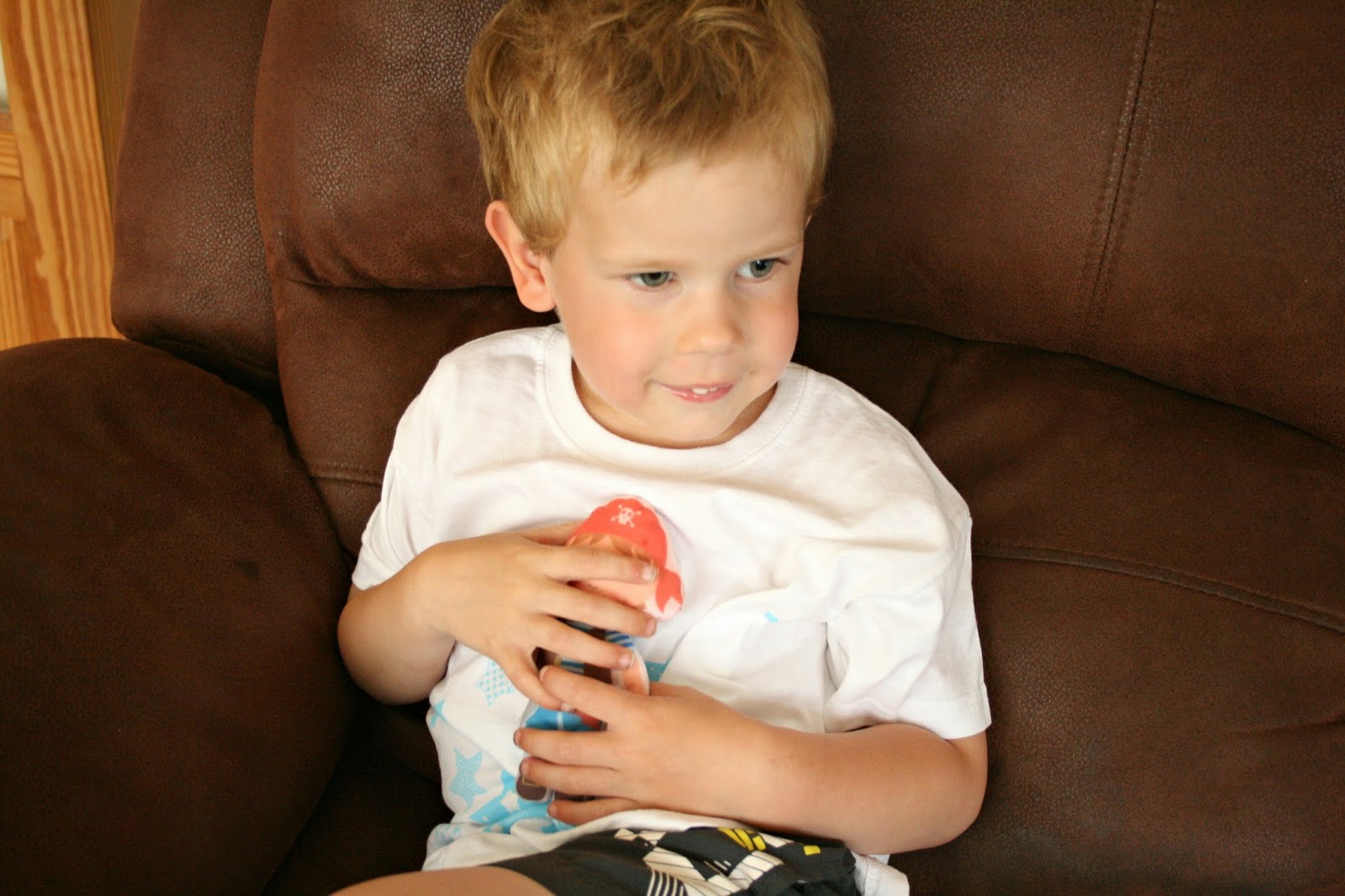 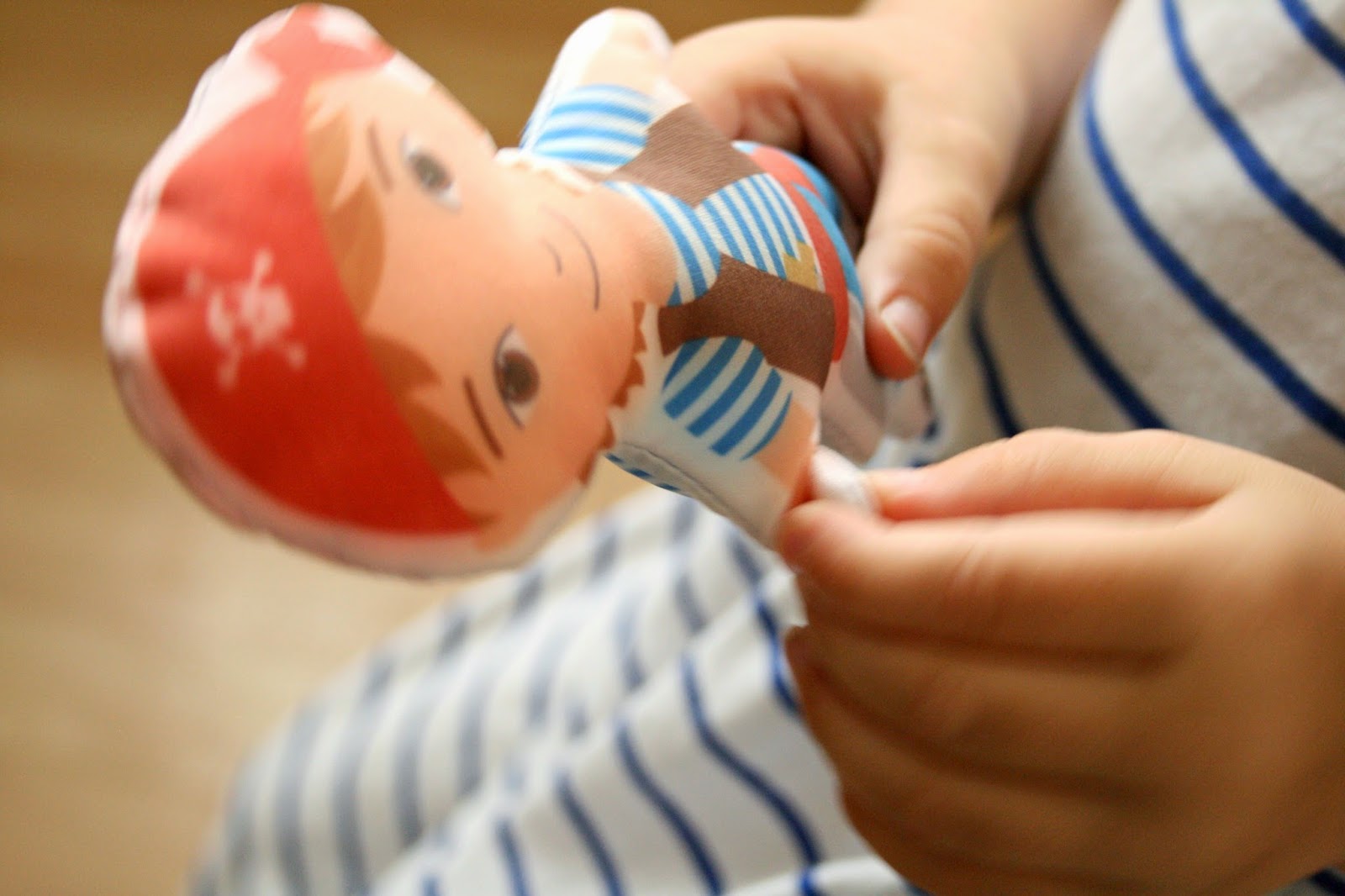 You can BUY TOOGIEZ HERE. They are currently teamed up with Kickstarter where you can buy their T-shirts and plushies whilst supporting their kickstarter campaign and keep production going. By pledging differing set amounts of money for differing Toogiez bundles you can help them to reach their goal! Find out more about Toogiez and see it in action in the video below. You can also follow them and their progress on Twitter and Facebook.

We loved Toogiez, as a Parent I thought they were beautifully made and a wonderful companion for little ones of all ages. I thought they were really innovative and the Velcro patch meant that my little one had somewhere to stick his new friend when his hands got tired of carrying it and, perhaps more fantastic news for us grown-ups, stopped it from being dropped or lost whilst out and about!

My little man loved Toogiez, so much so that he didn't want to take the T-shirt off and ended up wearing it to bed where he snuggled up with his new Pirate friend. Both him and my eldest seemed very taken with the plushie toy and they both enjoyed being able to stick and unstick him onto the top. Toogiez are definitely one to watch...I can see this being the 'next big thing!'

Disclaimer : I received 1 T-shirt and 1 plushie from Toogiez in return for an honest review. All words, opinions and images are my own.