'Up For The Cup!' by Simon Bartram, Review

The World Cup passed by my two terrors with a whole lot of excitement and has left them both with a love of football even bigger than they had before. Most days I find them out in the garden kicking their footballs around and declaring they're team England, team Spiderman, team Blue or something along the same vein.

When a copy of 'Up For The Cup!' by Simon Bartram arrived from the Mumsnet Children's Book Club Team they were both eager to turn the pages and start reading. Alongside their love of football is a love of books and stories; the two put together proved a very big hit in our household! 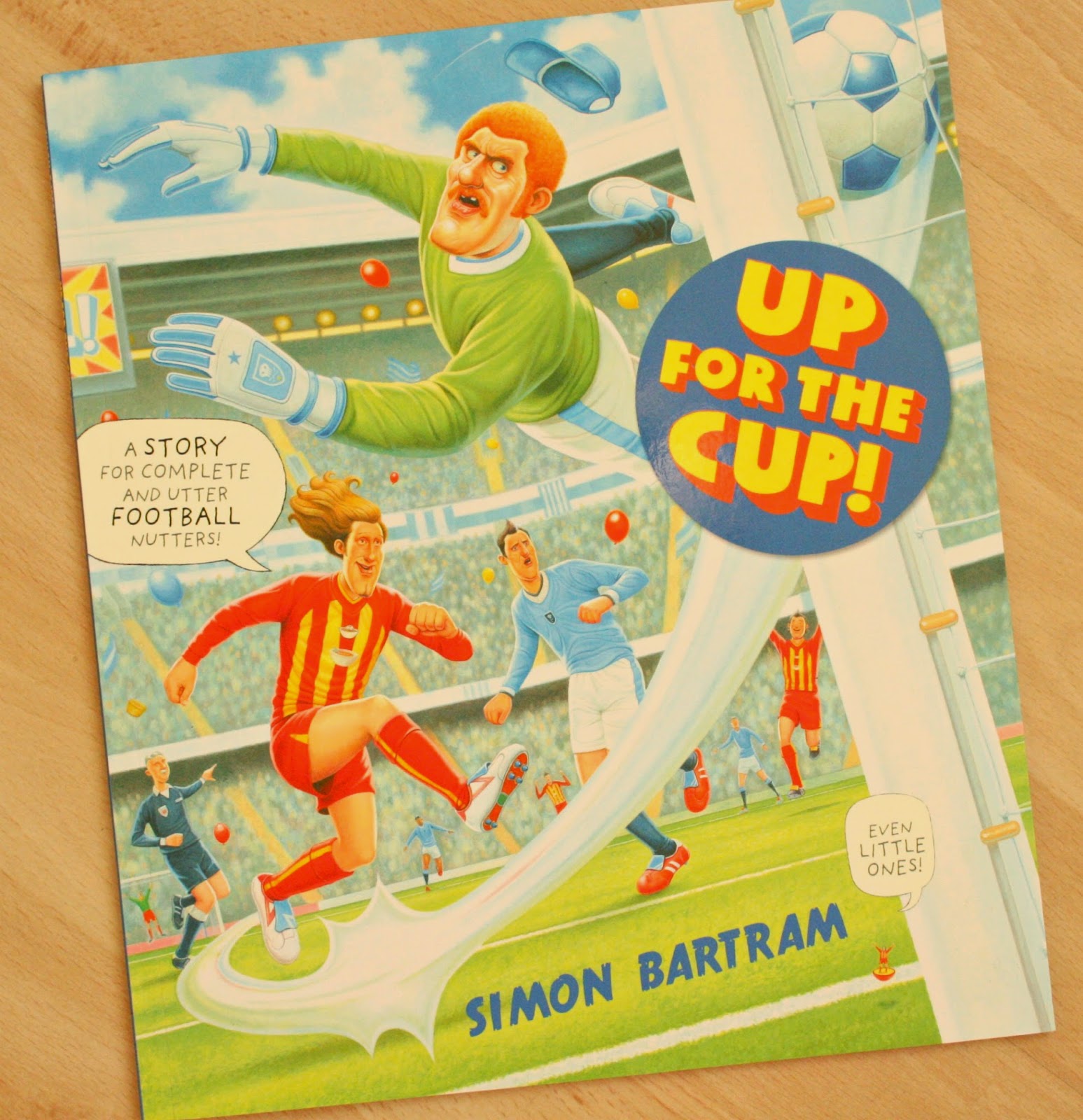 'Up For The Cup!' follows the story of Seaburn City and is told by avid football fan Charlie Horsewill who attends the Cup Final match with his Dad to cheer on their favourite team. They believe their star player, Julio Poom, will carry the team to victory...until disaster strikes and everything starts to go wrong! Can Seaburn City, Poom and the fans pull the team back from certain defeat in time and win the trophy? 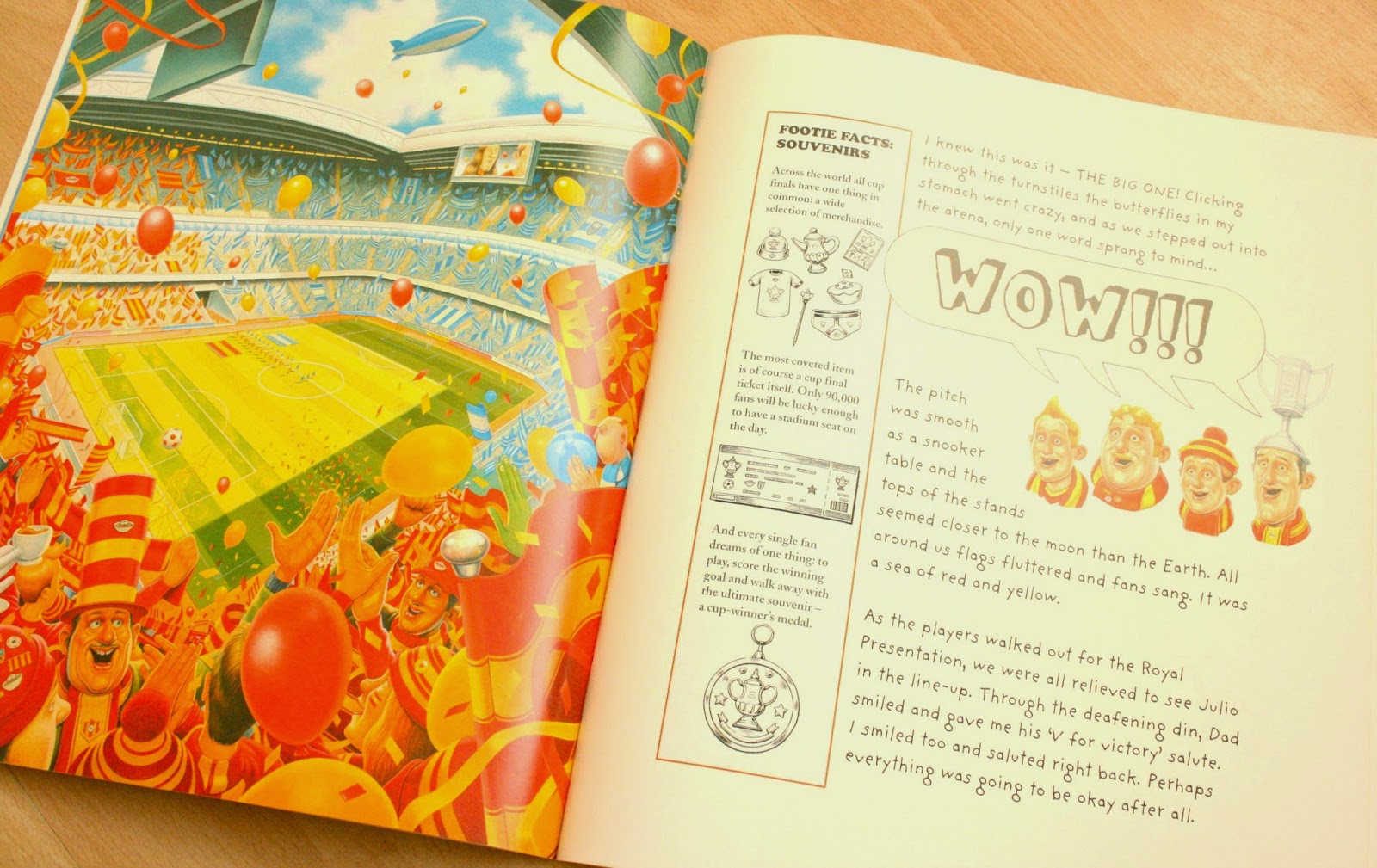 Simon Bartram's football mad book has gone down a treat with my two 'terrors.' As I was reading the story to them I was worried that it would be a bit old for them and the story would be too long. The vibrant illustrations and the wonderful writing kept their attention and interest throughout. They loved the fun, football storyline; it's become a favourite read in our house and I've often spotted them both out in the garden recreating the match themselves. It's a great book for football lovers of all ages, just as the cover claims. 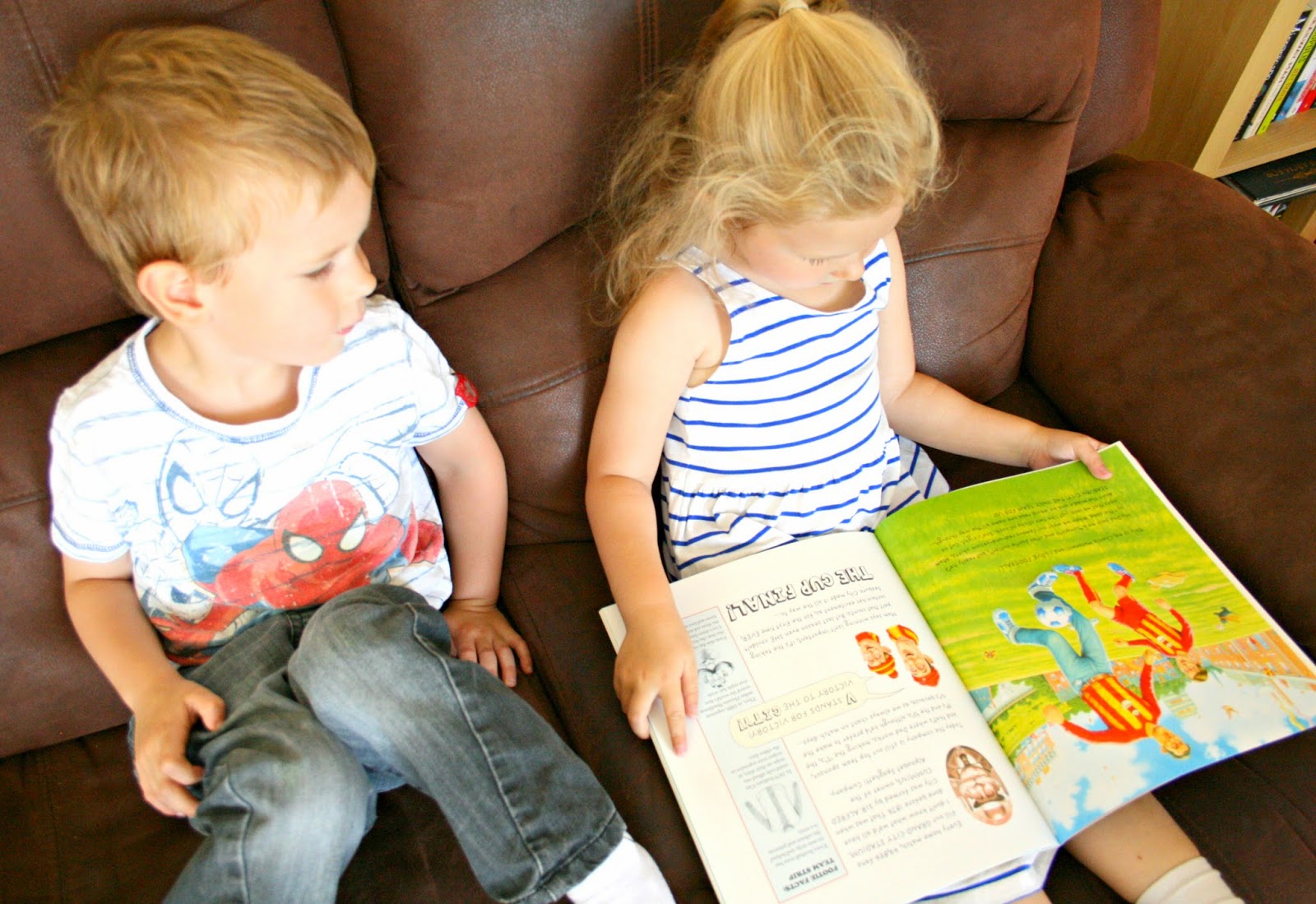 Disclaimer : I received a copy of 'Up For The Cup!' by Simon Bartram from Mumsnet in exchange for an honest review. All words, images and opinions are my own.