The other week we painted some fork flowers and were left with some rather colourful paper plates that had been used as a paint tray. I left them to dry on the side for a couple of days and then used some scissors to cut around the rim of the paper plates, leaving a shape that was decided by my two in the middle.

My terrors were very impressed by their crowns and they instantly became the 'Queen of Hearts' and the 'King of Diamonds.' They spent the rest of the afternoon role-playing in the garden, it's lovely to see such fun from something so simple :) 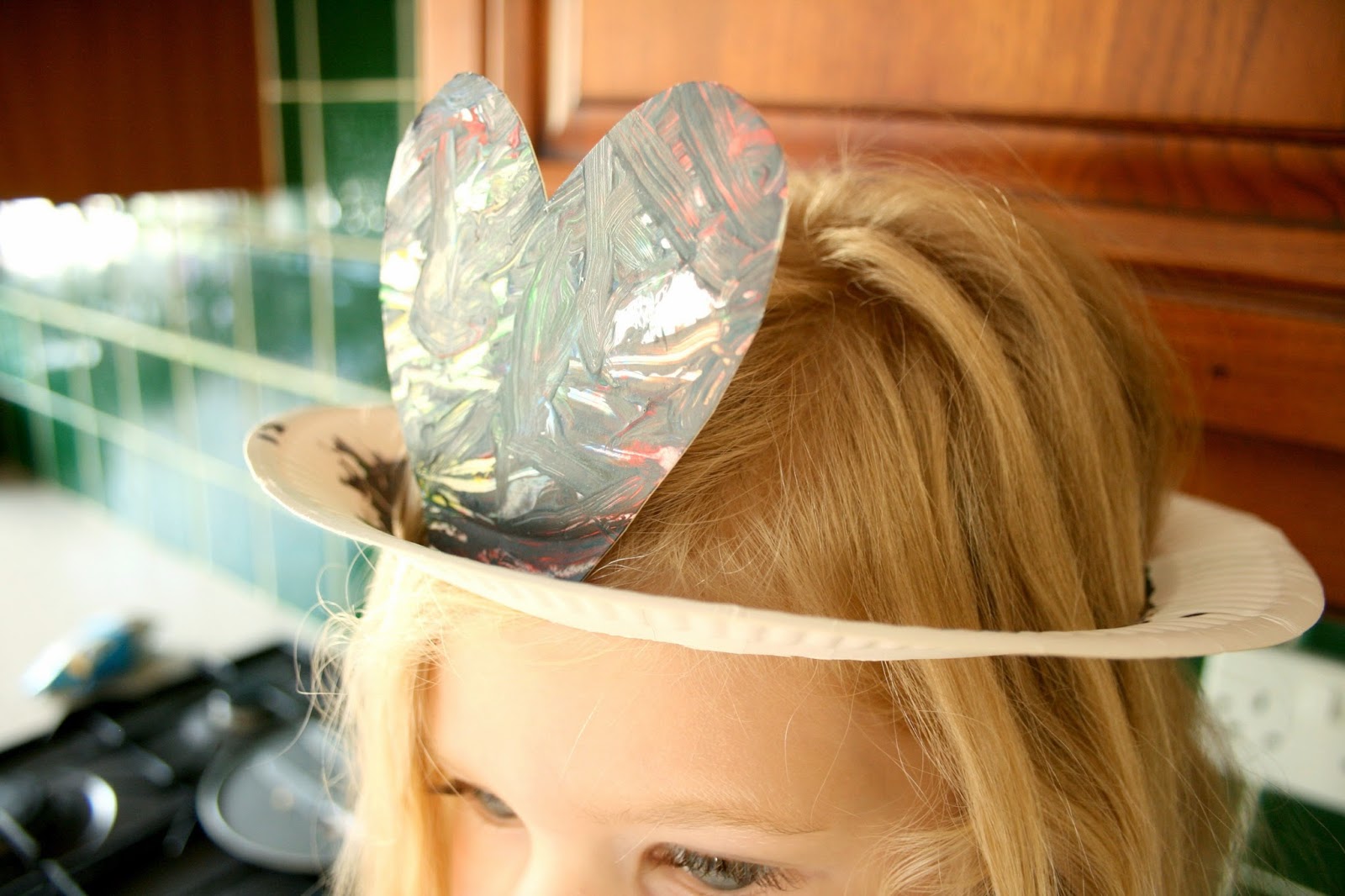 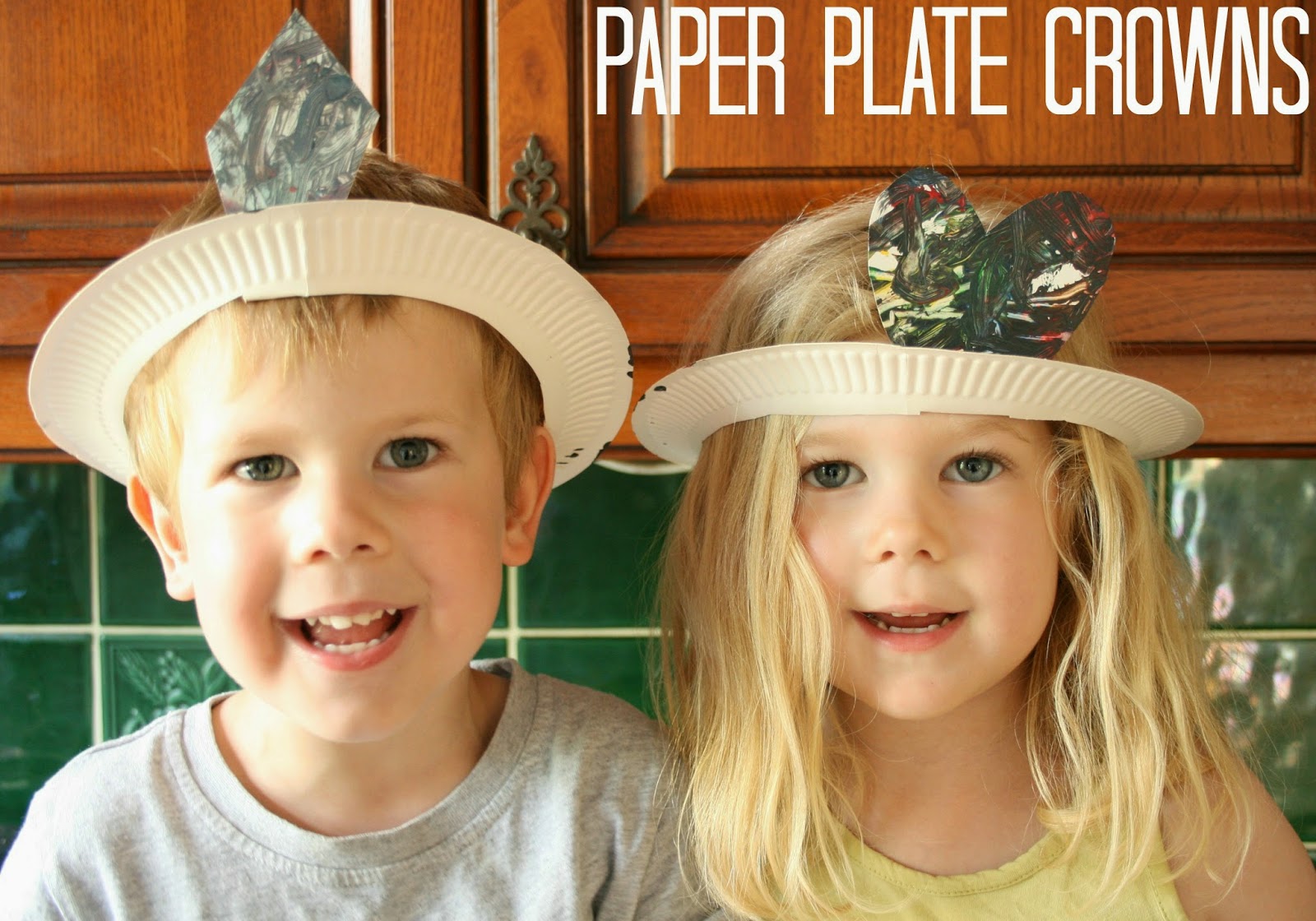