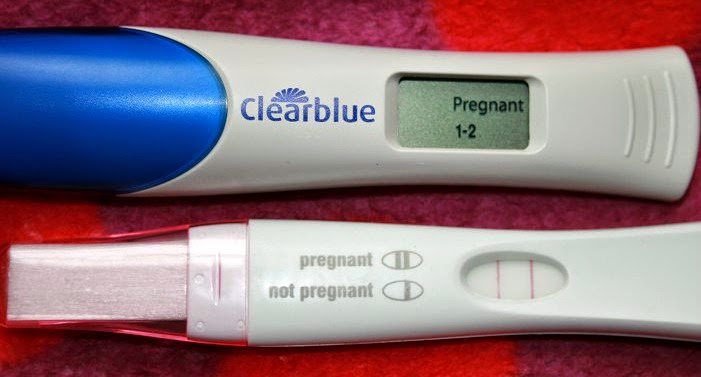 I was 20, as was my Husband by just a couple of weeks, when we found out we were to become Parents. We'd been together for almost 3 years and had moved into our own home the year before. My Grampy had passed away just a few weeks before our positive result and emotions were still a bit everywhere as we approached the end of January 2009.

I felt a bit iffy in the mornings and it was taking me longer to force myself out of our bed. I was exhausted after a day at work and I felt rather dizzy for some of the day. Something in my head clicked and, even though I wasn't due for a few days. I felt 'different' and found myself stopping by the Pharmacy to buy a couple of pregnancy tests on my way home.

It was a Friday when I took the test. My Husband had already left for work and I was starting to get myself ready for a similar day. I still don't know where it came from; call it women's intuition, gut feeling or whatever you like, but taking the test that minute became the most important part of my morning. I knew I had to take it.

Feeling slightly nervous but mainly a bit silly I took the test then sat it on the side of the bath, refusing to look until the full 2 minutes had passed. I felt a bit ridiculous. I wasn't even late!! I was feeling a bit rubbish and tired which could be down to anything and was going purely on a gut feeling. My head told me I would see a negative response but my heart said something completely different - although I was nervous I was hoping my heart was right.

I looked down and there were the two dark pink lines I knew would be there. A tidal wave of emotions drowned me for a few minutes and I couldn't think straight. Fear, worry, joy and excitement, all bundled into 120 small seconds. I was so nervous but knew, from the very first moment, that it was an incredible thing. I was scared of what becoming a Mother would entail but completely beyond excited too!

Struggling to contain it all I rang my Husband and told him our news then texted him a photo of the test. I wish I'd held on until the end of the day to tell him properly but adrenaline and excitement made me feel like I had to tell him right there and then. He was just as overjoyed and excited as I and I did another test in the evening when we had both finished work. The both of us, stood in the living room of our flat looking at this test then down at my stomach and thinking the same thing..."we're going to need a bigger house!"

The 'Mum's First Moments' Blogger Series is all about embracing the first moments of Motherhood. Everything from the moment you discover you're expecting, through all those pregnancy firsts, into child-birth and those first moments as a new Mum and beyond towards the big milestone 'first moments' of bringing your little bundle home, seeing that first gorgeous smile on their faces and more. 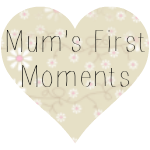