Involving Children In The Cooking With Persil

After hearing that 88% of parents avoid cooking with their children because of the mess and feeling a little bit awful, because I could easily be one of them, my Husband and I made the 'Persil Promise' to 'Cook With The Kids' much more often. Our two help out reasonably regularly with small kitchen tasks like buttering bread, adding fillings to their sandwiches, pouring milk on their cereal and making cakes but that's about it - they would both love to do so more and, from now on, I will try to include them in as much cooking as I can.

In fact, that started this morning! Daddy, the kids and I cooked fried eggs on toast for breakfast; giving the kids the opportunity to join in (which they absolutely loved) and me the opportunity to test out Persil's new formula washing-up liquid that can wash 1,400 more plates than it's predecessor! My eldest and I also made some Easter egg nest cakes together in the evening, lots of mess was made but it was very fun. 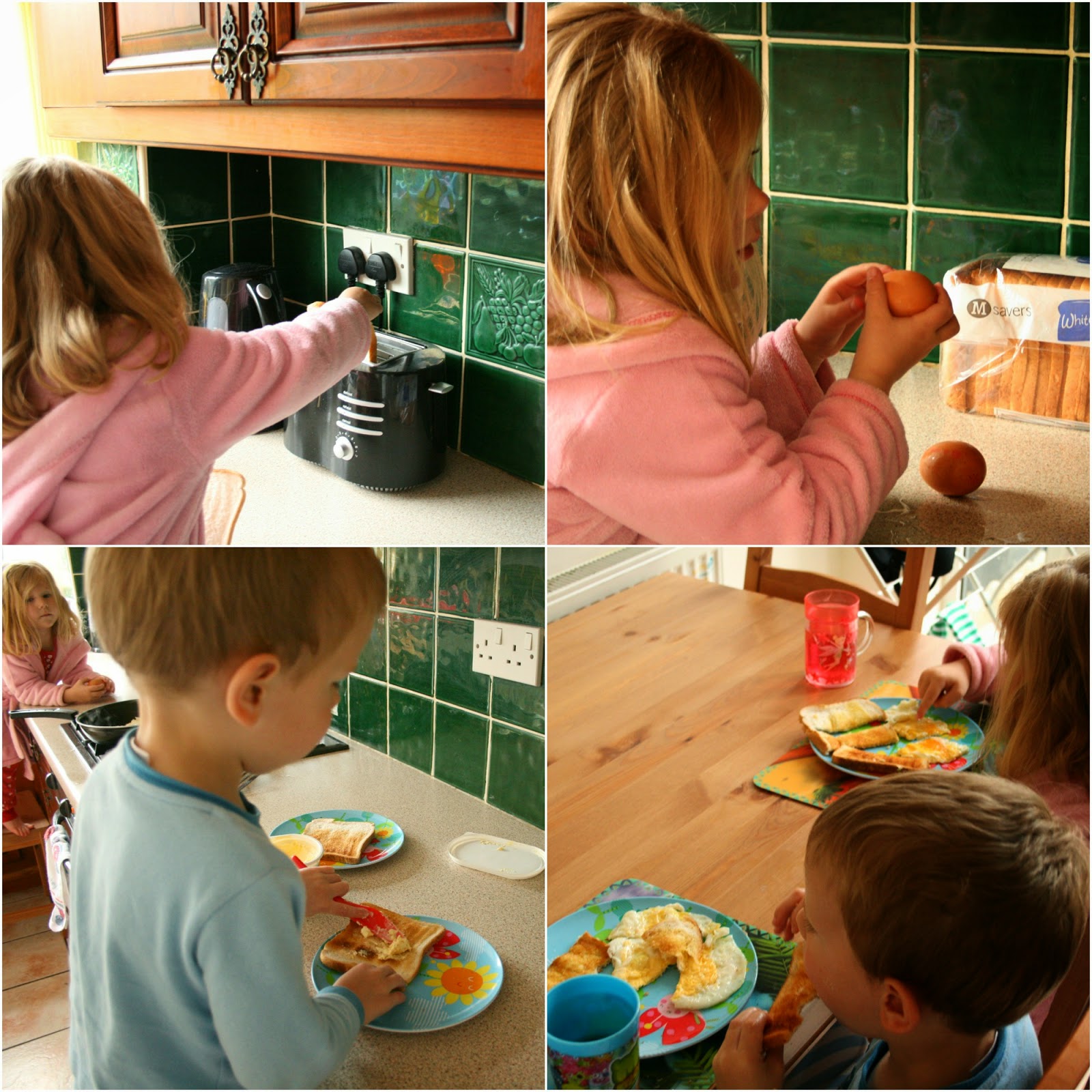 My little terrors had a great time cooking breakfast and really enjoyed tucking into what they had made. Have you noticed how much more kids enjoy their food when they've made it themselves? And how much more willing they are to try things that they normally wouldn't have wanted to? 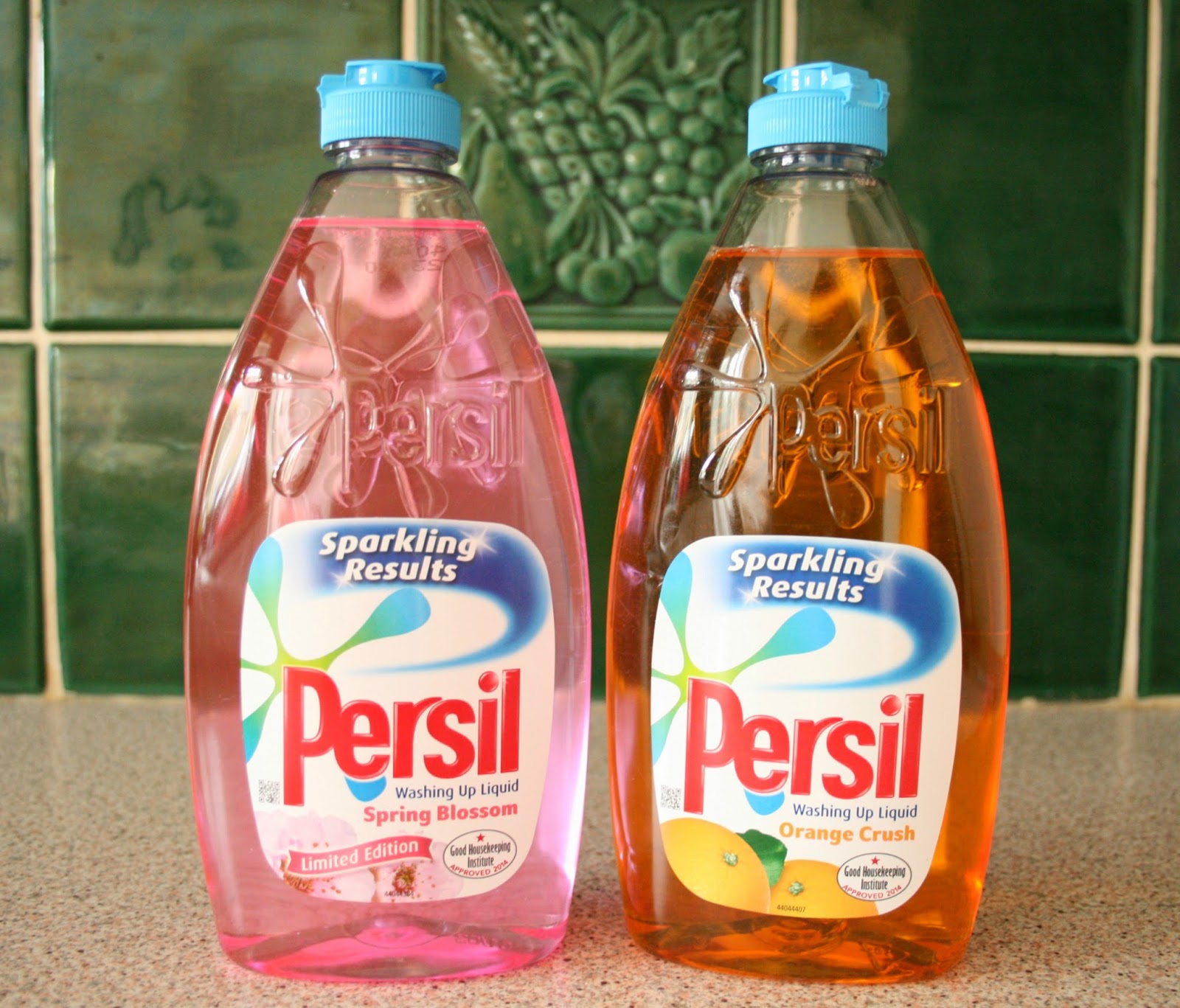 We were kindly sent a bottle of Spring Blossom and Orange Crush washing-up liquid to try. Persil's new formula is also available in Pink Blush, Lemon Burst, Apple Fizz and Fresh Mint, which all sound very fresh and lovely. The 500ml bottles retail at just £1 and can be found in all major Supermarket's nationwide. Their new-look bottle has also been designed with the environment in mind and, weighing less than it's predecessor, is estimated to save around 120 tonnes of plastic a year, which can only be a good thing!

I was instantly drawn to the gorgeous pink of the Spring Blossom bottle and it smelt fresh and floral whilst I was using it. The Orange Crush also smelt divine and left my kitchen with a lovely fresh orange smell after I'd finished all of my washing-up. I only needed a small amount of Persil to create plenty of bubbles and, as I usually buy Supermarket own brands, I was rather stunned by just how much easier Persil made the washing-up. It made light work of our greasy dishes, pans and plates, and, later on, the cake covered bowls and tins. There was no need for scrubbing and a quick 5 minute soak in hot water and Persil soon lifted any stubborn grease or cooked on food that didn't want to budge, much better than the 30+ minutes of soaking followed by lots of 'elbow grease' that I usually encounter.

One thing I was a bit worried about was how Persil would treat my hands. They are naturally very dry and prone to eczema breakouts when exposed to overly fragranced soaps and similar. I experienced no reaction at all to the Spring Blossom fragrance but had some itching after using Orange Crush (but Orange is a big 'no go' for me, eating is causing stomach cramps and using it in soap, body wash etc causes a massive eczema breakout..so itching is pretty good and a rather mild reaction!) My hands felt a little dry afterwards, but that's to be expected after doing lots of washing-up and they were nowhere near as dry as when I've used other brands.

If you want to join in with Persil's new 'Cook With The Kids' campaign and make a move into the 12% of parents that love involving their children in the cooking and getting messy in the kitchen have a little look at the video below. And don't forget to make your own Persil Promise! Doing so will also provide you with a free downloadable 'Cook With the Kids' pack, complete with handy tips for getting the kids involved and lots of child friendly recipes, as well as entering you in a prize draw for the chance to win a kids baking set or, the grand prize, a children's party worth £500!!


Do you involve your kids in the cooking? What kind kind of things do you make together?

Disclaimer : Persil sent me two bottles of 500ml washing-up liquid for review, along with some information on their new 'Cook With The Kids' campaign. All thoughts and opinions expressed in this post are my own.
Posted by Unknown at 08:47

Email ThisBlogThis!Share to TwitterShare to FacebookShare to Pinterest
Labels: cook with the kids, kitchen, Persil, review