My eldest was a due date baby. There were no obvious signs of her making an arrival in the near future and, after another day of walking around trying to bring on labour naturally, I went to bed at 39+6, believing I would be going overdue with my little one. I was quite surprised when I woke at 2.45 in the morning in an awful lot of pain and desperate for the toilet at exactly 40 weeks pregnant.

I rang the Hospital and my Parents around 6am (neither of us drove at this time so needed my Mum's help getting to the Hospital) to let them know that I was in labour and having regular contractions that were increasing in length, frequency and intensity. She was a 'back-to-back' baby, causing all my contractions to start in the middle of my back and work their way down into my pelvis. It was excruciating and I remember physically shaking at every contraction and vomiting at the worst ones because of the pain.

We made our way to Hospital around 11am when the contractions were around 4 minutes apart and I couldn't cope without pain relief any longer; I was around 7-8cm when I arrived and the pain was unbearable and making me feel very ill so after trying entinox and pethidine, with no effect whatsoever, I opted for the epidural. I'd had the epidural rather late on so I was still able to feel the worst of the contractions and push at the right times. My eldest became distressed during her birth and, because of her awkward positioning and my small frame, she was eventually delivered by ventous at 4.58 in the afternoon on her due date weighing 7lbs 3oz.

I was rather overwhelmed as a new Mother. I hadn't been the maternal sort at all until we decided to start our own family and I'd never even held let alone cared for a baby before. It was scary but I was full of love and awe and I picked it up quickly, with the support of my Husband, our families, and the help of my Mum. I remember feeling very out of my depth at certain points and I wish I could have told myself then to just stop worrying about everything. Just enjoy this bit of motherhood and enjoy her. 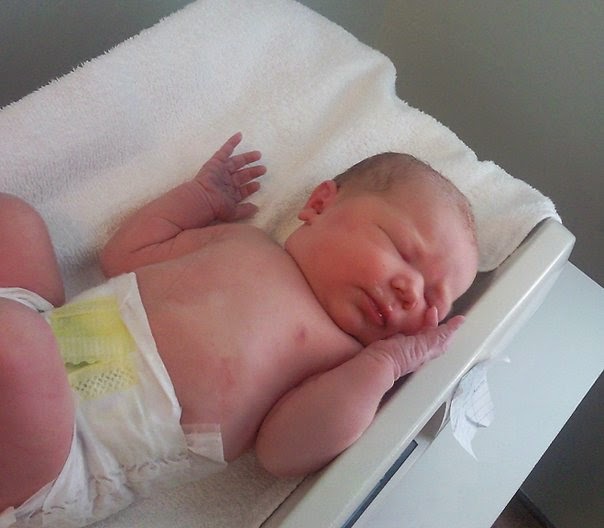 My youngest had the total opposite entry into the world. At 29+3 I came down with a violent stomach bug and, without realising, had entered the early stages of labour. I mistook it for Braxton Hicks, as I'd suffered with them a lot throughout my second pregnancy, and it wasn't until, at 29+6, they began to increase in intensity and became quite regular that we decided a trip to the Hospital was becoming urgent.

I remember sitting in the waiting room, with two other women in labour, and feeling like a fraud. I didn't feel like I was about to have my baby. I felt silly. We were taken into the same delivery room that our eldest was born in and my Husband and I looked at each other and instantly knew that our little boy was on his way. Our Midwife confirmed it and told us that I was already in established labour so there would be no way to stop it, we would just have to stall it as best we could with medication and a lot of lying around doing nothing. I was given a couple of steroid shots to try and strengthen his lungs before his imminent birth.

It was terrifying. We asked the Doctor for his chances of survival and although, at his gestation, they were around 90% I was so scared of him falling in the 10% that weren't strong enough. He proved us wrong. The next day, at 30+0 weeks pregnant, I gave birth to him with no pain relief at 1.26 in the afternoon weighing 3lbs 10oz. He had the tiniest little cry I'd ever heard and he attempted several raspy breaths on his own before the Neonatal team stabilised him.

Without going into everything that happened afterwards (something that I still struggle thinking of), I became rather ill when my placenta wouldn't detach and was effectively bleeding out. I lost consciousness a few times but have a vague memory of signing a consent form for surgery. I awoke a few hours later in a different room with a bag of blood attached to a drip and feeling colder than I'd ever felt in my life. When I'd regained my strength a little and was able to stay awake, my Husband and I were finally taken up to the Neonatal Ward where, at roughly 7pm, we saw our little man for the first time. He was tiny but grabbed my finger tight when I reached into his incubator. He was then transferred to a local Hospital that had an NICU Department; saying goodbye to him just minutes after meeting him for the first time was the hardest thing I have ever had to do. If I could have gone back in time to visit myself at that heartbreaking moment I would have told myself to believe in our little man, in myself and in the fantastic NICU & SCBU staff. I would have reminded myself that he is a fighter and, although the journey will be difficult, all will be fine. 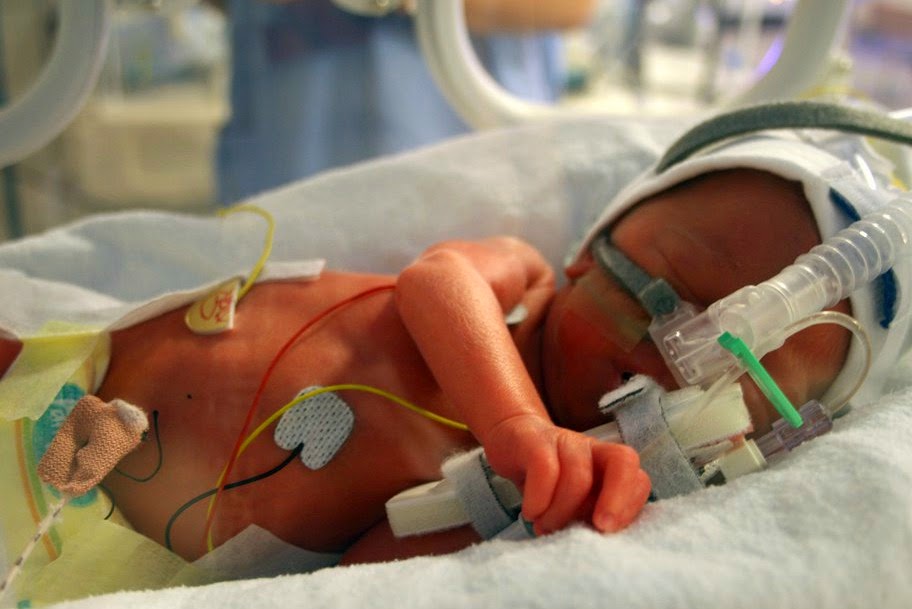 Both of my experiences of becoming a new Mum were rather overwhelming. Each time I felt like I had no idea what I was doing as my children had such radically different entries into the world and the types of care they required shared few similarities. The one thing that ran through both was love. Although I struggled with Post-Natal Depression and Post-Traumatic Stress Disorder after the birth of our youngest, I felt such love and awe for him and his older Sister. It got me through all the moments where I had no clue what I was doing and felt like I couldn't cope.

If I had to give one piece of advice to myself or to any new Mum it would be to relish each moment, take as many photographs as you can and let all of that love fill you both up, even if you don't feel like you know what you're doing some of the time.

What advice do you wish you could have given to yourself as a new Mum? What advice would you give to any new Mum?
Posted by Unknown at 19:49