The majority of meals that are cooked within our kitchen are dairy-free due to our youngest, Terror 2's, dairy intolerance. We completely removed all forms of dairy from his diet when he was two years old after we narrowed down what was causing his constant stomach pains and upset. It can be a bit tricky at times (mainly if we're at a restaurant) and means that we've had to drop a couple of foods entirely (such as cheese) in our food preparation but there are some fantastic dairy substitutes on the market and we've found ways around things so that our little man can still enjoy the same meals as us and the food that he likes.

My macaroni cheese recipe substitutes cow's milk for oat milk (we've found oatly to be, by quite a way, the best milk alternative when cooking), vitalite or similar dairy-free spread for butter/margarine and cheese for golden breadcrumbs. 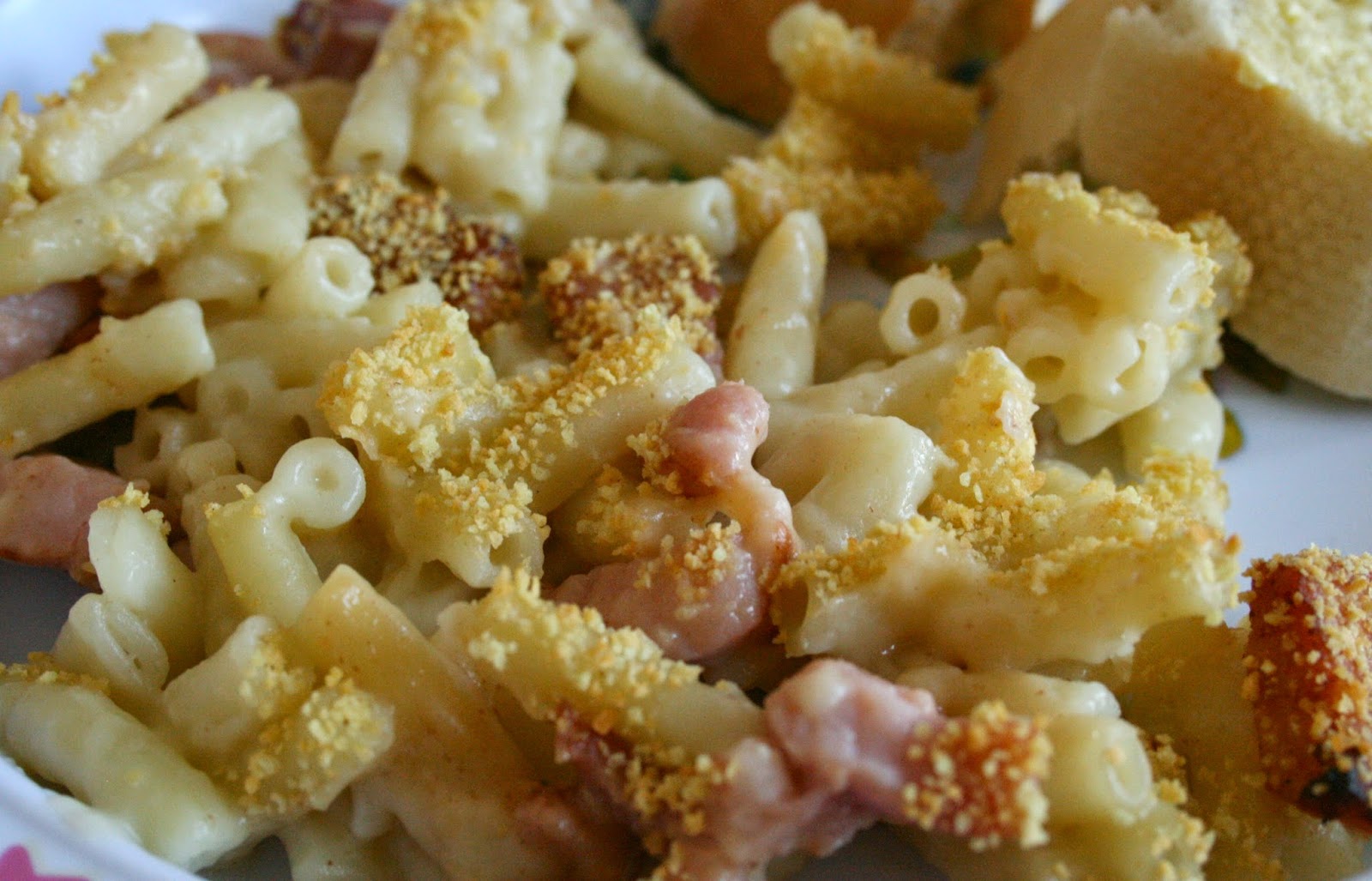 Preheat your oven to 200°c (180°c fan, gas 6). Boil a saucepan of water and add the macaroni pasta, cook for around 8 minutes or according to the pack instructions.

In a separate saucepan create the white sauce by melting 40g vitalite spread and then sifting in 40g flour. Cook for 1-2 minutes, remove the pan from the heat and gradually whisk in the oat milk until it makes a smooth sauce. Return to the heat, bring to the boil, adding a pinch of salt, and then simmer for 5-10 minutes until the sauce thickens.

Whilst the pasta is cooking and the white sauce is simmering heat 1tbsp of oil in a frying pan, then fry off the diced bacon for around 5 minutes.

Add the pasta and bacon into a large ovenproof dish and mix through the white sauce. Top with golden breadcrumbs and bake in the oven for around 10 minutes. Serve with warm bread and tuck in.

You can see my other dairy-free recipes here.
Posted by Unknown at 16:29